Universal Everything
The Barbican Centre

London
A collaboration between Universal Everything and the audience 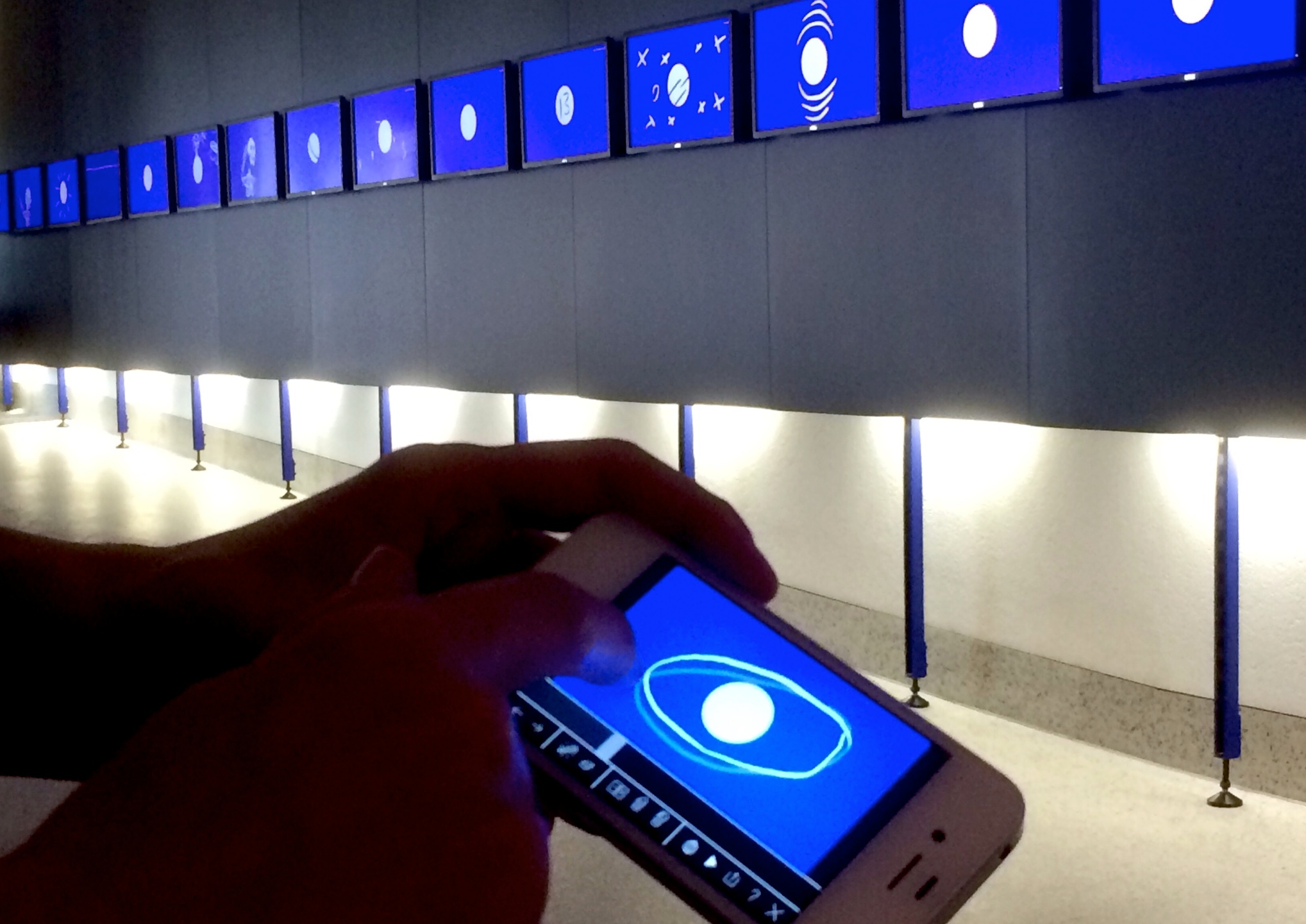 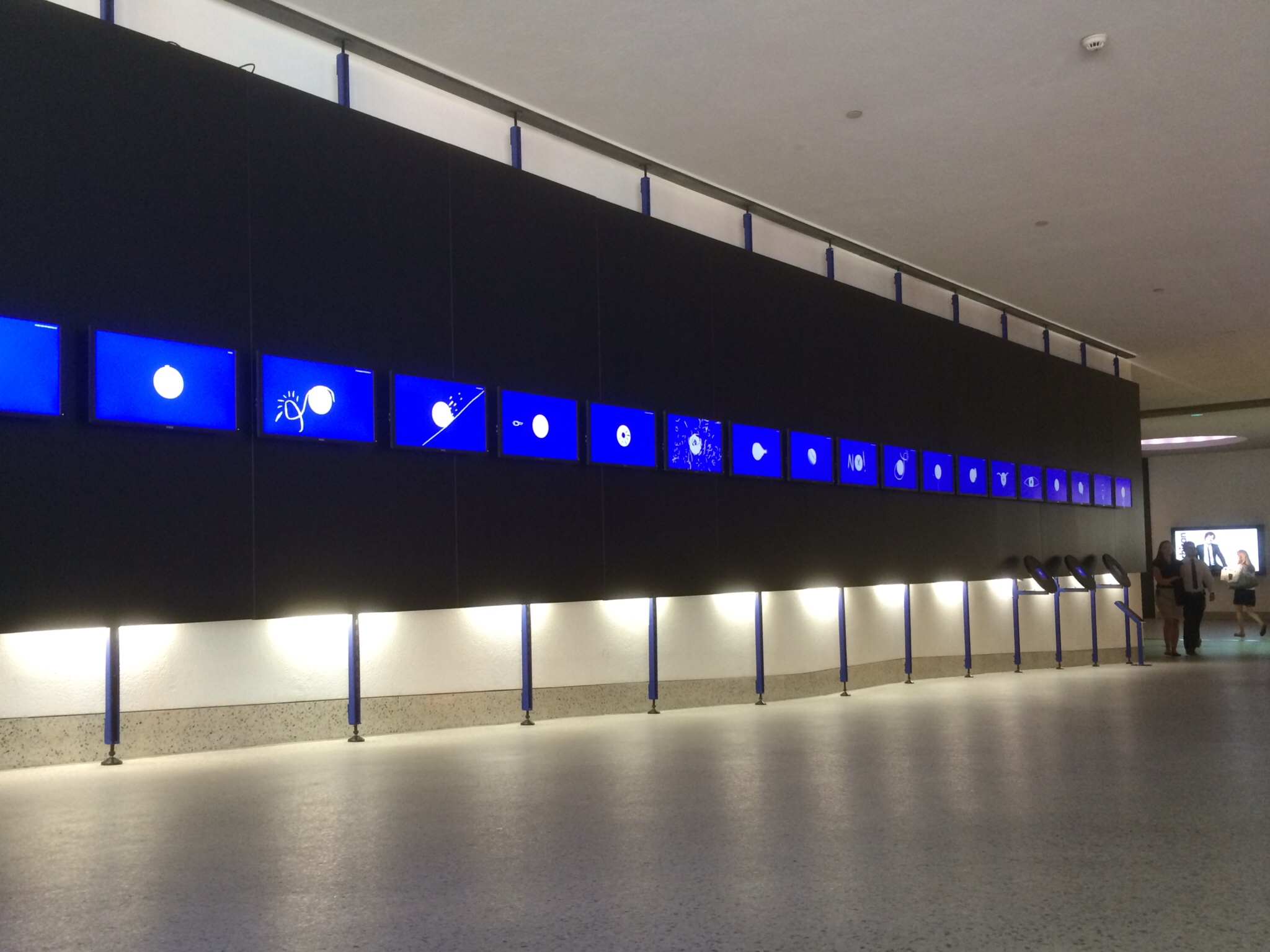 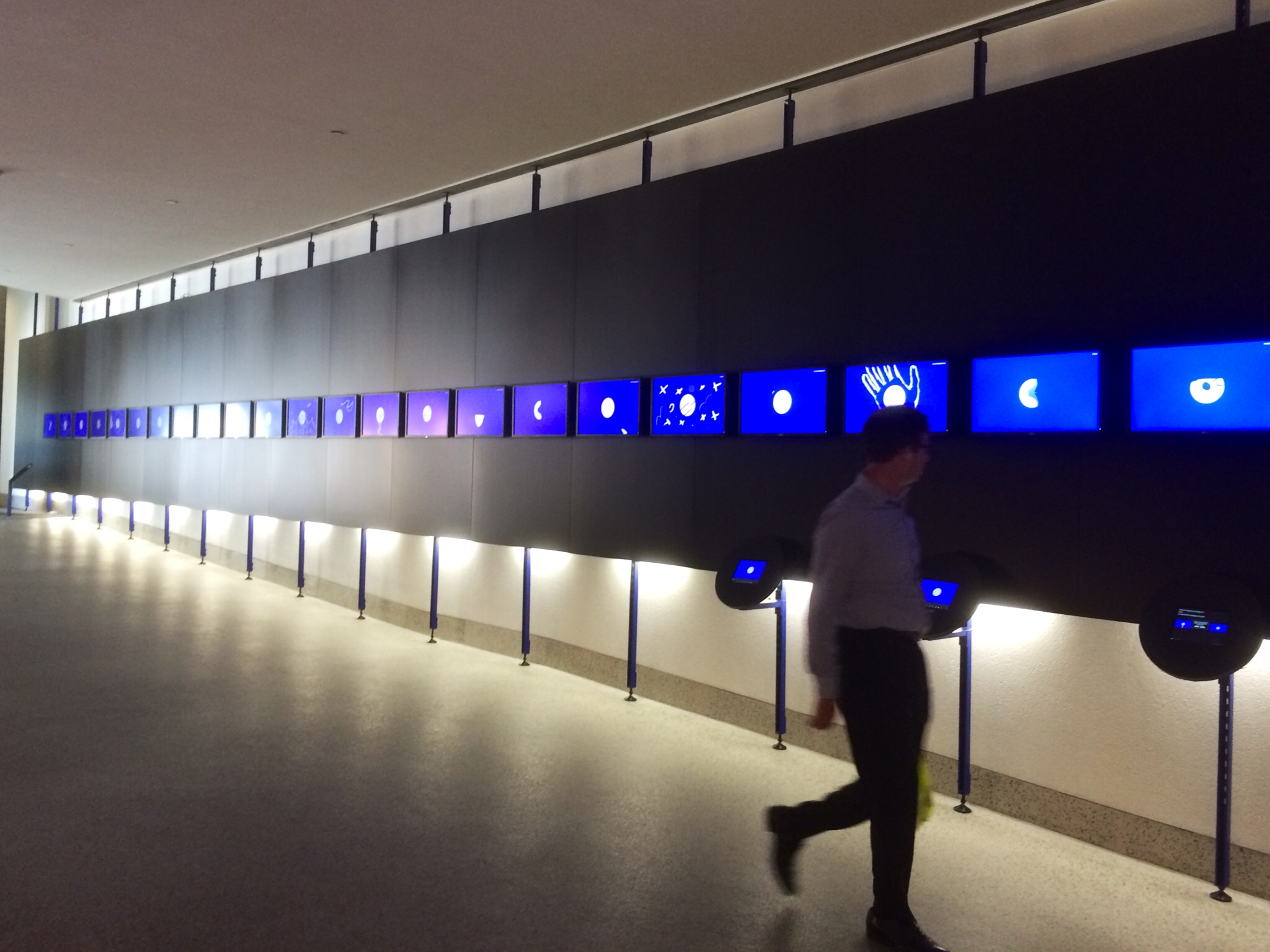 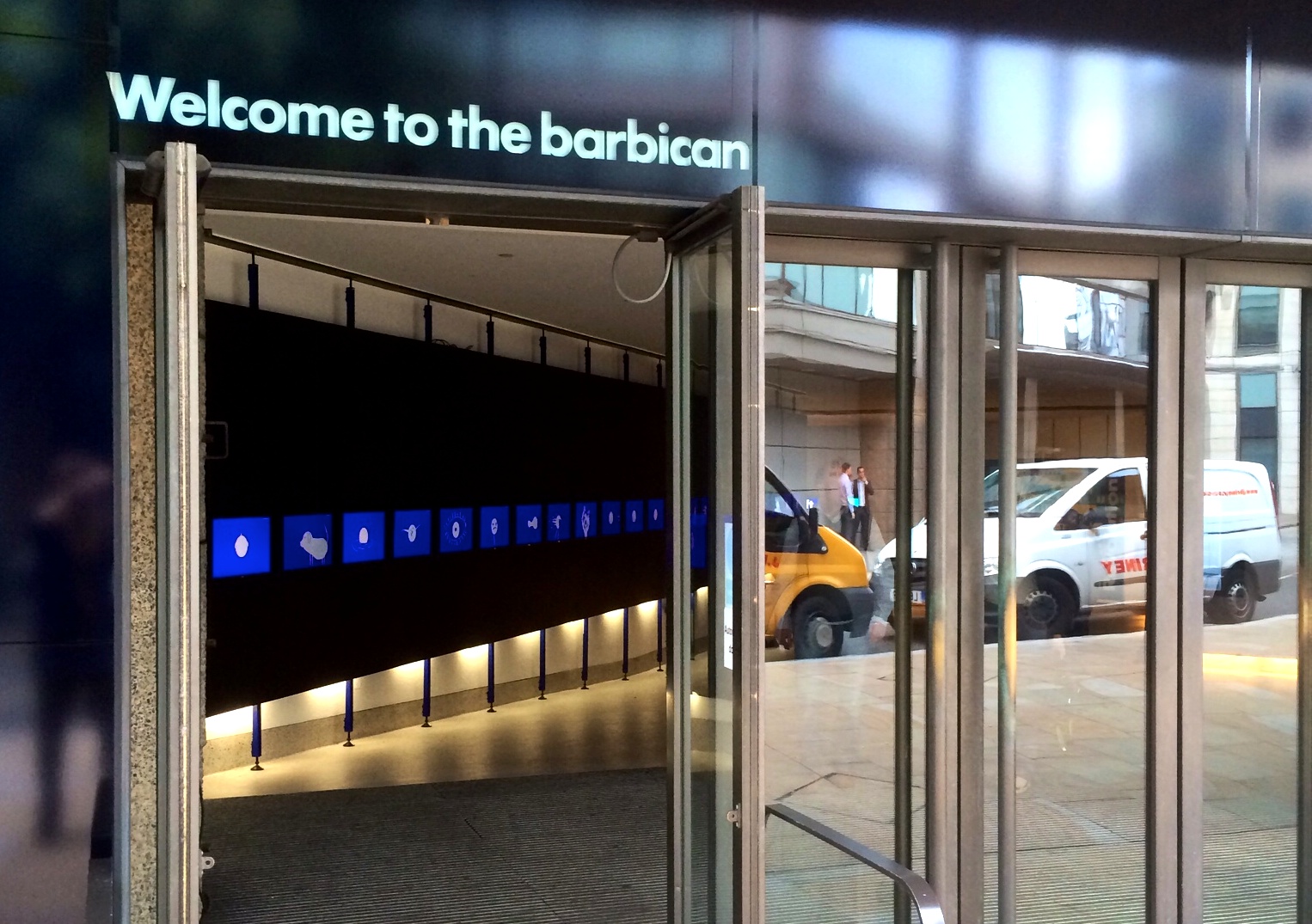 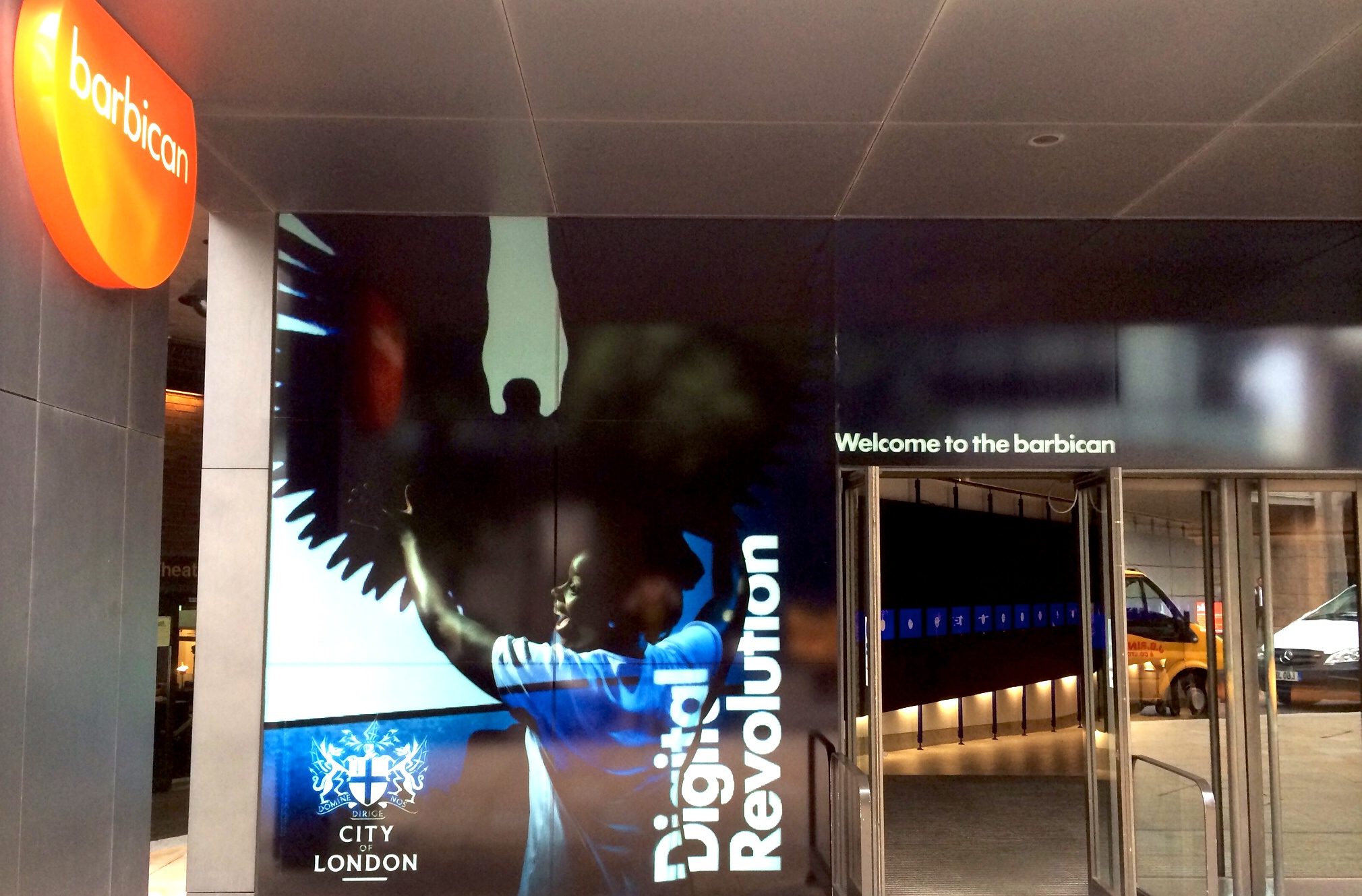 First shown at the Digital Revolution exhibition at the Barbican, London, Together is a collaboration between Universal Everything and the audience. The collaborative animation app brings together two fundamental parts of the studio’s process – drawing and rule-based creation – to explore the notion that every person conceives a unique response to the same challenge.

A bespoke web app presents the audience with a limited shape and colour palette, encouraging them to create short animated loops in response – as simple as drawing on paper. The minimal toolset enables the audience to duplicate a frame, onion skin, trace over a guide frame, and erase or delete a frame.

The collaborative animation app and artwork were launched with a collection of animations created by Universal Everything, which, over time, were mixed with audience contributions on a loop, forming an ongoing dialogue between studio and public.

Together continues the studio’s exploration into generative design. As artists, they define the instructional ‘seed’ which ‘grows’ infinite, unpredictable visual variations as participants engage with custom software.

“Instead of machines being programmed to evoke distinctly human characteristics, Universal Everything instructs humans as if they were machines. It is an experiment to test whether code yet again prompts humanity itself to materialise in visual expression.”
– Antonia Lee – read full essay

Commissioned by Barbican International Enterprises, Barbican Centre and The Space in partnership with the Barbican’s Digital Revolution exhibition.